Its time to talk about NUTELLA

Recently in Melbourne, we had a Nutella Shortage. People literally went crazy for a product that has been in their supermarket for years.

So what about Nutella.

Nutella is 54 -57 % sugar. This amount of Sugar is Bad for you, END OF STORY. Sugar causes Obesity and Diabetes. We have talked already about this, but Obesity is affecting 40% of children today and is a serious health issue.

It doesnt matter whether it is natural or not. Its not relevant AT ALL. Sugar causes Obesity and this is linked to cancer, heart disease and early death.

It is alarming that Governments are not doing more. Without question we should be placing large warnings on products such as Nutella warning that sugar is addictive and will cause Disease. Same as we did for Cigarettes. The product is more than 50% sugar. The amount of Sugar in a donut filled with Nutella is just disgusting.

The other reason Nutella is a completely terrible product is Palm Oil.

Palm oil is primarily made in Indonesia from Palm Plantations. Farmers chop down Native Rainforest and plant Palm trees to harvest Palm Oil. This results in a huge deforestation issue but also the near extinction of the Orangutan through loss of habitat. Indonesian Rainforest is one of the most diverse ecosystems in the world.

Borneo’s deforestation rate has been among the world’s highest for decades and 56 per cent of the protected tropical lowland forests – an area roughly the size of Belgium – was lost between 1985 and 2001.

If deforestation in Indonesia and Malaysia continues, a staggering 75 per cent of the original forest cover will be lost by 2030.

Each palm plantation destroys thousands of hectares of Native Rainforest in pursuit of massive profits. It also takes with it the lives of many orangutans. Recent headlines reported how one palm oil firm hunted down orangutans while expanding their cash crop production. Meanwhile, governmental mandates, meant to protect the land and the animals, disappear faster than do the trees.

In short, if things don’t change soon, wild orangutans will be gone from this earth.

So I Find it exceptionally disappointing that we see things such as Nutella shortages in Melbourne, when this product is Unhealthy and Completely Unethical.

There are products which taste EXACTLY the same without palm oil and with much less sugar sitting on the shelf RIGHT NEXT TO NUTELLA.

Its time to start thinking harder about your health and the World you live in. 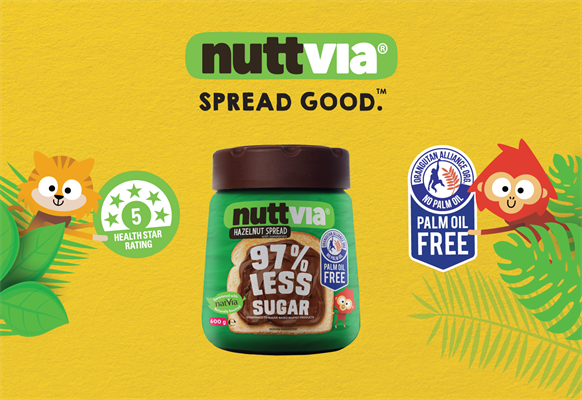